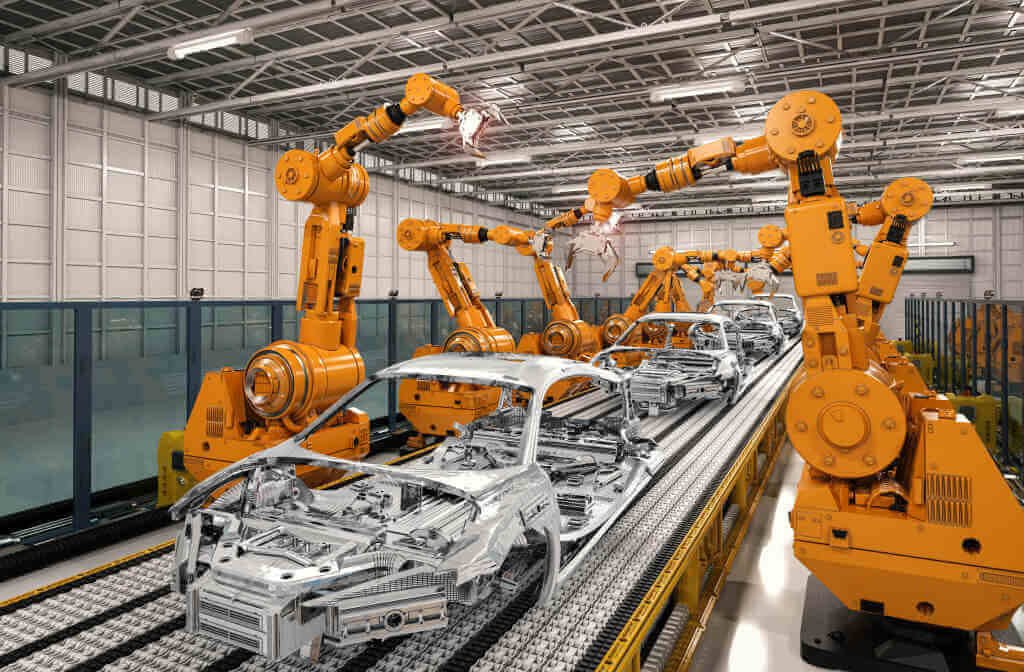 Manufacturing, at a base level, is all about using your hands to make and build things. Until relatively recently, this was seen as something that only human beings were capable of but ever since the 1960s, when industrial manufacturing robots first joined the General Motors workforce, there has been a slow  march towards a robot future for the manufacturing industry.

The first major robotic worker, the “Unimate” was a gigantic behemoth that could undertake all of the complicated and potentially boring and dangerous tasks associated with automotive manufacturing on a 24-hour basis with consistent speed and reliability. This machine didn’t get tired or sick and it never asked for a day off. Here is a video of Unimate straight from the 1960s.

Fast-forward 50 years and almost every major manufacturing plant on earth is utilising some form of robotic machinery!

The benefits of robotic manufacturing –

With the increasing affordability of the capacitors that are used in the vast majority of manufacturing robots (particularly from sources like RS components), there has never been a better time to invest. But what are some of  the more notable benefits of robotics in the manufacturing industry?

Do we need humans anymore ?

The limitations of any machine are linked directly to its human creators. Most industrial manufacturing robots are little more than automatons that require human programming to work. The jobs that require a creative mind and the ability to adapt to changes happening on the job are still filled by human beings.

There are worries that AI might become advanced enough, in the near future, that machines will be able to start programming themselves, but that is the stuff of science fiction. AI exists to carry out the derivative tasks that take up too much time. When it comes to problem-solving and ‘thinking outside of the box’ there is yet to exist and AI that fits the bill.

Until there is, it’s far more likely that machines and perhaps further down the line actual robots (Japanese businesses are particularly on point with this trend), will not replace human workers, but will instead assist them and even learn from them.