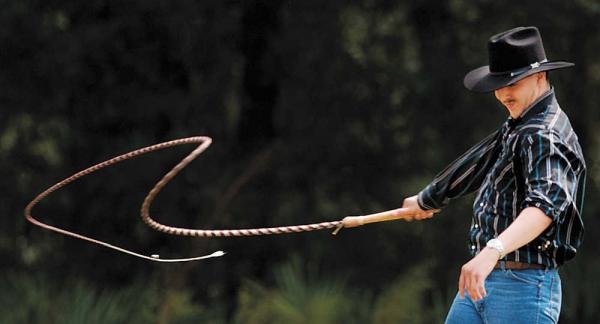 The carriage drivers whipcrack (we’ll get to this term soon) the whip. And as a kid, I always thought that the whip must be hitting the poor animal or perhaps must be hitting itself & that might be the reason why we are able to hear the loud sound! But aa-aa, that’s not the reason and also there isn’t a small sound speaker to produce sound (humor me & ignore it 😛 ). Everyone must have observed this… but ever thought about it that how & why does a whip make a cracking sound ?

Wohoo, lets reveal the secret. Well, let me tell you that the answer also lies in one of my earlier posts – what happens when an aircraft travels at speed of sound ?

What is a Sonic boom?

Firstly, the word – SONIC BOOM, damn cool; isn’t it!? It’s probably the best I have ever known😉

A sonic boom is a sound associated with the shock wave created by an object travelling through air faster than speed of sound. They create enormous amounts of sound energy, much like explosion.

So how does whip produce loud sound?

The act of producing the sound from a whip is called Whipcracking. The end of bull whip is also known as cracker. When the cracker moves faster than speed of sound, it creates a mini-shockwave, a sonic boom as it breaks the sound barrier. This is the sound which you hear. Yea, you have heard sonic boom’s in your life ! Isn’t that cool ?
The whip is probably the first human invention to break the sound barrier.

But how? Here’s physics of whip –

Goriely and McMillen showed that the physical explanation is complex, involving the way that a loop travels down a tapered filament under tension but the creation of the sonic boom was confirmed in 1958 by analyzing the high-speed shadow photography taken in 1927.

Many high speed fighter jet planes  break the sound barrier many a times. Here is a clip.

This incident was awesome. On August 29, 2014, the Tavurvur volcano in Papua New Guinea erupted with such an intensity that the ashes were thrown out more than speed of sound which resulted in a shockwave & also creating a sonic boom.
Seriously, this is a must watch video & a million thanks to the boat guy who recorded it & also the one who posted it.

Also in India, even now, in some of the places some tribal people ”show” that they are whipping themselves. They do this to earn money. Well now, no need to have pity on them. The secret is revealed.

2 comments on “How & why does a whip make a cracking sound ?”