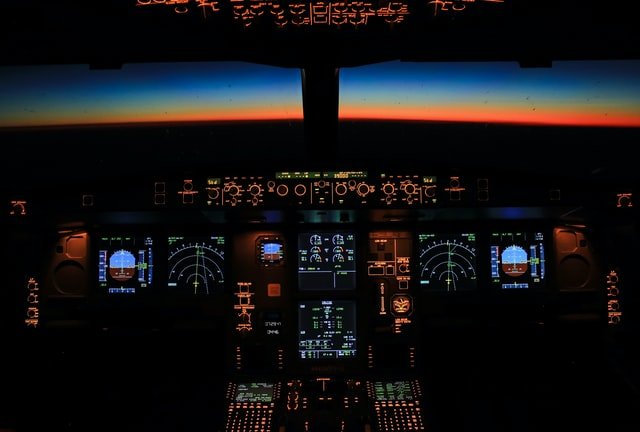 The concept of flying vehicles can be traced back to 16th century when Leonardo Da Vinci drew and designed the first helicopter in his notebook. Since then, man has only gazed into sky and wondered, how blissful would the experience be of flying freely like a bird! Until 2 bicycle mechanics worked their a** off & made this dream a reality.

It has been more than a century since the first airplane –  Flyer took off & flew at speed of just 11 kmph! In a span of 100+ years, the numbers and factors have got multiplied by factor of 1000’s! Check out the top 7 innovations of the aviation technology that have made today’s airplanes possible!

Top 7 innovations of the Aviation technology –

Well, black boxes are heavily misconstrued as “black” coloured boxes, while in fact, they are painted bright orange(so that they could be easily visible after a crash). Black-boxes consist of 2 recorders – the Cockpit Voice Recorder(CVR) and the Flight Data Recorder(FDR), located at different locations in the aircraft. These are installed in airplanes to help accident investigators gather substantial information about aircraft performance during the flight. In the event of a crash, air accident investigators can use black boxes to uncover details of the cause of the accident and how to make future flights safer. This innovative technology stretches back to the mid-1950s.

Here, I have a detailed specially dedicated article on Flight recorders & everything you need to know 😀

Many airplane passengers don’t appreciate the importance of cabin pressurization until mayday events force their oxygen masks to drop down from the ceiling. The reality is that if aerospace engineers had not achieved success in cabin pressurization during the Second World War, no pilot could fly aircraft beyond an altitude of 10,000 feet. But thanks to cabin pressurization, commercial airliners now fly at altitudes beyond 30,000 feet. At such high altitudes, oxygen levels drop massively, meaning passengers and crews won’t have enough air to breathe comfortably without cabin pressure. Hypoxia is the name of the medical condition that occurs when your brain is being deprived of oxygen. And thaaat.. can happen to passengers at high altitudes!

In physics concepts, radar is an acronym for “Radio detection and ranging” system. It’s a method that’s used to detect distant objects and their precise positions, velocities, and other information. This is done by sending radio waves to hit the distant object and reflect. You then analyze the information carried by the reflected waves to determine the object’s location and other parameters. GPS (satellite) technology has come to supplement radar tracking. But for the past several decades, air traffic controllers have been using radar to track distant aircraft. Admittedly, modern air traffic control towers will probably not be able to function without the invention of radar. Immediately a flight vanishes from radar screens; it’s considered doomed!

How does it feel learning that aircraft can also go undercover of darkness? Well, that’s exactly what stealth aircraft are designed for! They are advanced military-styled aircraft that can outsmart radar detection. Manufacturers design their surfaces to absorb radio waves or redirect them from being captured by the receiver to build a stealth aircraft. With stealth aircraft technology, military planes can embark on secret missions without being detected by enemies. However, one disadvantage with stealth aircraft is that they are very expensive to build. Take the 21 plane B2 stealth aircraft project for example, which cost US a whopping $45 billion and a single unit costs approx. $750 million!

You will love this article –
The Top 10 fastest, biggest & heaviest airplanes of all time!

When there’s too much ice build-up on the wings of an aircraft, it can affect the airflow and plunge an airplane into a disaster. But thankfully, aerospace engineers have amicably solved the problem of ice build-up on aircraft by inventing de-Icing techniques. De-Icing procedures are carried out by spraying mono-propylene fluid on airplanes’ wings before they take off into the skies. This has become a standard safety procedure that must be performed on aircraft in icy conditions before taking off. If de-icing techniques were not discovered, all flights in icy areas would always have to be grounded anytime there’s an ice build-up. Can you imagine the inconvenience that will be caused by this? Well, a simple example of a “inconvenience” would be you losing a couple more extra bucks from your pocket every time you fly(since icing would increase drag & reduce efficiency).

A winglet is a winglike structure that’s located at the wingtip of an aircraft. When set at a specific angle to the wing of the aircraft, a winglet reduces drag, improves climb, increases range, and makes flights stable and fuel-efficient. With oil prices increasing from time to time, airline operators have to prioritize fuel economy if they want to make profits without compromising safety.

Air travel accounts for 4–5% of greenhouse gases in our globe which is no good news. So, this sparks the need for sustainable energy to power modern aircraft. While Elon Musk is busily working on electric vehicles OR EVs, aeronautical engineering companies are also working on electrically-propelled flights. Even though the development of electric planes is in its rudimentary stages, the idea is revolutionary. The elimination of fuel would drastically reduce weight of airplanes and emission of gases will soon be a thing of the past.

Solar-powered aircraft, like the Solar Impulse, which circumnavigated the world only on solar energy in recent years, have kept aviation enthusiasts in suspense as they can’t wait to see a working model in the near future. Even as of today, companies such as Zunum Aero have great aviation ideas to offer the world. Basically, the company has plans to unveil a battery-powered aircraft, which, in essence, is a commercial jet!

You can nowadays see a lot of electric powered flying vehicles in forms of drones. They have been getting increasingly popular and show a very promising future. They are now being widely used for remote sensing, cinematography, land surveys, factory inspections etc. This has opened a wide market for drones and an ample of career opportunities as drone engineers and even drone pilots! If this is something that interests you, consider getting a drone from DrDrone or Amazon or directly through official websites of DJI & GoPro.

Drone technology is cruising forward towards a better world. For instance, medical drones can deliver essential medical supplies to remote areas. It can also help disaster management teams to locate casualties or people who need help during any disasters! This tells you that the world has come far from the dark ages.